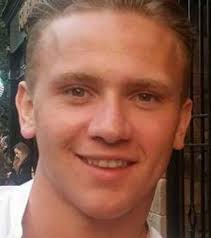 Corrie McKeague (born 16 September 1993) last seen at 03.24 am on the 24th September 2016 in the Bury St Edmunds area of Suffolk, England. Before disappearing he worked as a Royal Air Force Regiment gunner.

Corrie was last seen, on town centre CCTV footage, entering a cul-de-sac which contained a number of wheelie bins. His mobile phone was tracked by masts along a route between Bury St Edmunds and a landfill site near Barton Mills. Suffolk Constabulary were initially reluctant to search the site for Corrie’s remains because a bin lorry that had traveled that route at that time had been estimated to have been carrying a load of only 15 kilograms (33 lb). However in March 2017, police discovered that the lorry had a significantly larger weight, in fact more than 100 kilograms (220 lb).

Whilst Corrie’s disappearance remains under investigation and the case continues to attract widespread publicity, the belief by authorities and the family, is that Corrie was crushed to death by the bin lorry and his remains are at the Barton Mills landfill.

In 2017 it was suggested to Corrie’s Mother, that he may have been the victim of foul play. Police are looking at this possibility.

DO YOU KNOW WHERE CORRIE IS DEAD OR ALIVE?